On Day 3, we woke up bright and early for our drive to Oxford only to find that the key to the hired coach had snapped off in the ignition switch. At last, a chance for us to act out some Ugly American dramas on our helpless and extremely apologetic tour guides. But, alas, the spirit of the calm and levelheaded heroines from Austen's novels (perhaps Elinor Dashwood mixed with Jane Bennet and Anne Elliot?) prevailed in our party and we filed back to the hotel dining room and drank tea until a replacement coach arrived.

This greatly delayed our morning and resulted in us having to take a very quick walking tour of Oxford that included St. John's College, where Jane's father and two of her brothers studied, as well as the famous Bodleian Library. 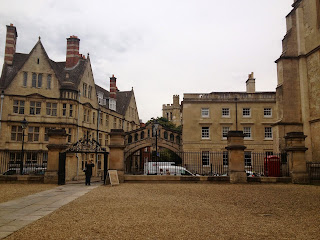 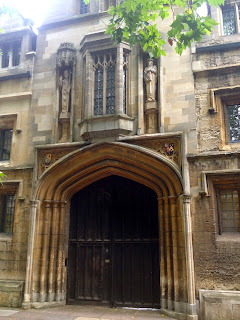 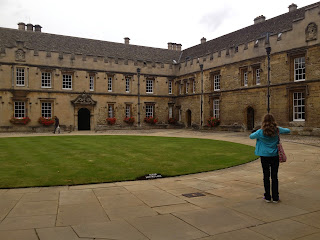 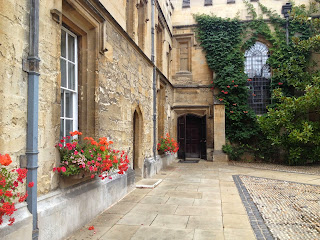 We grabbed a lunch on the run and headed south to Steventon for the rest of the afternoon. We visited St. Nicholas Church where Jane Austen's father was rector from 1761-1805. 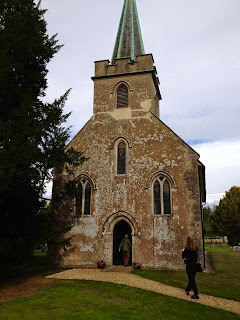 The church steeple was added to the Norman tower after Austen's time. 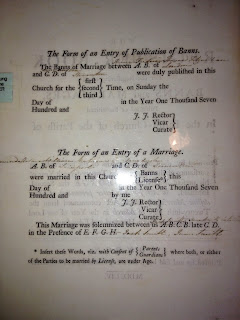 Inside the church we viewed a copy of the famous marriage register that 12-year-old Jane Austen mischievously filled in with names of imaginary husbands. 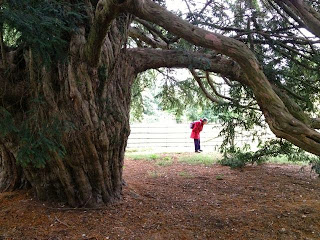 Outside an ancient yew has stood for hundreds of years. 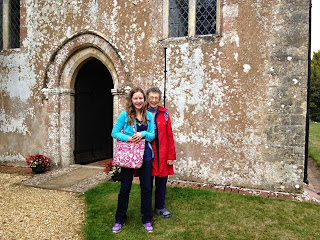 This visit to Jane Austen's beloved Steventon ended our day with smiles.

Posted by tracy@womanonwire.com at 4:40 PM