We are in the final stages of preparing for our much-anticipated Jane Austen tour of England. The tour concludes in Bath at the Jane Austen Festival, where we plan to join 600 other Janeites in full Regency costume to promenade from the Royal Crescent lawn to the Parade Grounds. 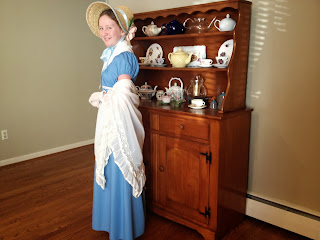 From the Festival website:
Why not join the 600 people (ticket entry only restricted numbers this year) dressed in Regency Costume for this world famous spectacular official opening to the Festival. Departing, with kind permission of the residents, from Royal Crescent lawn, accompanied by red coats and navy officers and led by our own town crier and drums we will certainly “be of all the consequence in our power, draw as many eyes, excite as many whispers, and disturb as many people as possible!” The Promenade lasts about 90 minues and ends in Parade Gardens near Bath Abbey. 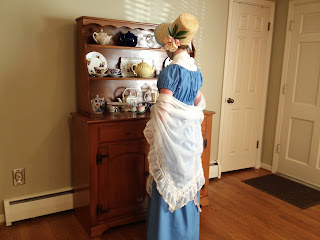 Assembling our costumes has been as much fun as anticipating the tour. I've even reclaimed my inner seamstress. She's been in hiding since high school home economics sewing class, where I made a quite adequate duffel bag, thank you very much. Researching period costumes and accessories was so diverting, and of course, we had to re-watch the various adaptations of Pride and Prejudice, Sense and Sensibility, Emma, Mansfield Park and my favorites, Persuasion and Northanger Abbey.
Nevermind that Austenland just came out! We certainly aren't crazed Darcy-fan weirdos. We read the JASNA Newsletter for the articles... 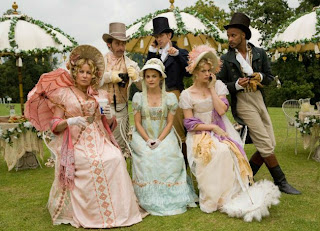 Posted by tracy@womanonwire.com at 4:30 PM