"A quitter never wins and a winner never quits." In 1937, a self-help pundit named Napoleon Hill included that phrase in his very popular book Think and Grow Rich. Hill was inspired in part by the rags-to-riches industrialist Andrew Carnegie. These days the phrase is often attributed to Vince Lombardi, the legendarily tough football coach. What a lineage! And it does make a lot of sense, doesn't it?

Of course it takes tremendous amounts of time and effort and, for lack of a more scientific word, stick-to-itiveness, to make any real progress in the world. But time and effort and even stick-to-itiveness are not in infinite supply. Remember the opportunity cost: every hour, every ounce of effort you spend here cannot be spent there. So let me counter Napoleon Hill's phrase with another one, certainly not as well known. It's something that Stella Adler, the great acting coach, used to say: Your choice is your talent. So choosing the right path, the right project, the right job or passion or religion — that's where the treasure lies; that's where the value lies. So if you realize that you've made a wrong choice — even if already you've sunk way too much cost into it — well, I've got one word to say to you, my friend. Quit.

Posted by tracy@womanonwire.com at 11:11 AM No comments: 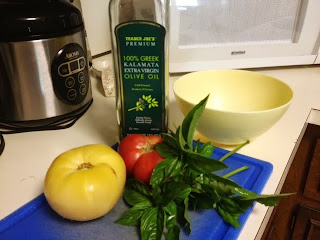 Posted by tracy@womanonwire.com at 6:35 PM No comments:

Lady Almina and the Real Downton Abbey: The Lost Legacy of Highclere Castle

Lady Almina and the Real Downton Abbey: The Lost Legacy of Highclere Castle by Fiona Carnarvon
My rating: 3 of 5 stars

What I most enjoyed about this book was the interweaving of the family living at Highclere Castle with the larger events going on in the world at the time. Movers and shakers would be one way to describe them. They knew everybody and entertained them in style. What else is money for? It was definitely the end of an era -- and once the Great War started, you could sense it.  To her credit, Lady Almina also used a great deal of her money (settled on her by her natural father Alfred de Rothschild) during the war to set up hospitals to care for wounded British officers. Her husband, Lord Carnarvon, was the famous and ill-fated partner of Howard Carter. Together they discovered the Tomb of Tutankhamen in the Valley of the Kings.

While the end of her life was ignominious (lurid divorce/alimony trial and money-laundering/tax-evasion: is it any wonder the author, Fiona Carnarvon, decided to leave this part out?), the 5th Countess of Carnarvon's life while she reigned at Highclere Castle was an interesting, if a bit high-gloss, read.

Posted by tracy@womanonwire.com at 6:21 PM No comments:

I saw this on an episode of Rick Stein's India. 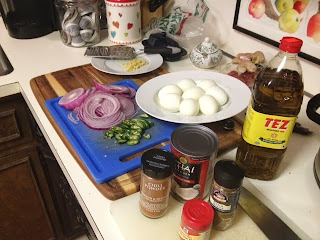 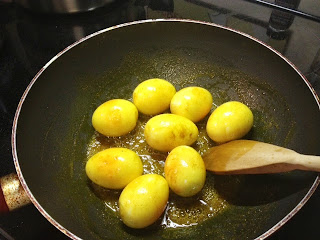 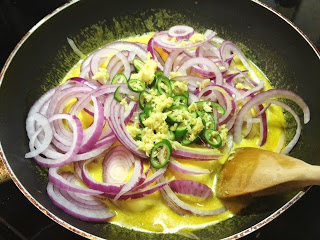 The colors in the wok at this point are so gorgeous. 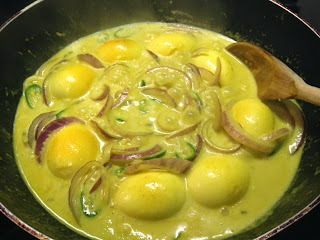 Simmer with some coconut milk. 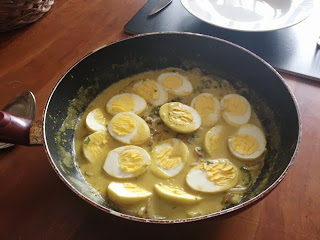 You may think this sounds odd, but it is delicious. Serve with basmati rice.
Posted by tracy@womanonwire.com at 3:53 PM No comments:

ME: Please don't point at people. It's not polite.

ME: How would you like it if you saw a kid pointing at you and talking about you to someone?

DS: I wouldn't mind it unless they dropped an F-bomb in my face.
Posted by tracy@womanonwire.com at 11:05 AM No comments: 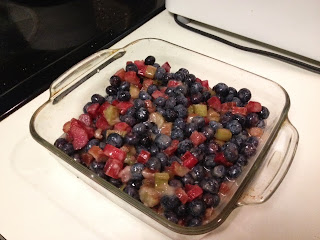 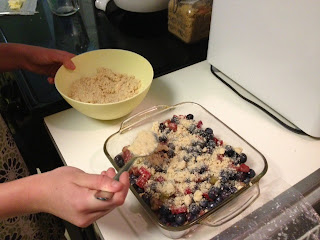 The topping isn't quite white, but it's close enough for government work. 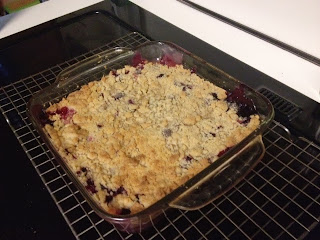 I express most of my emotions through food.
Posted by tracy@womanonwire.com at 3:48 PM No comments: