It sat half-finished for months. It wasn't impatient. It wasn't afraid. I was both. Impatient with myself; fearful I would mess it up. Then I read a blog entry by Mati Rose McDonough. 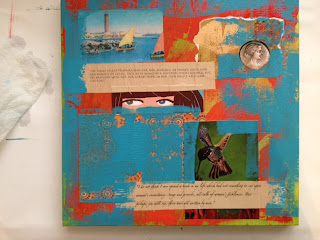 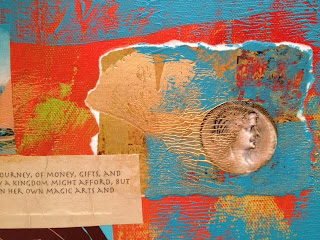 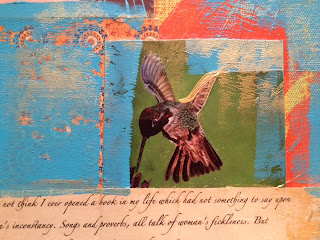 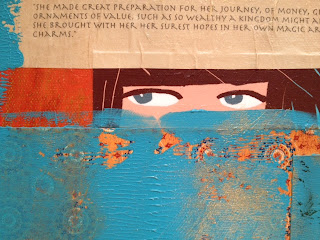 The Daring Adventures in Paint & Life e-course starts tomorrow.
Posted by tracy@womanonwire.com at 4:45 PM No comments:

Kidnapped by Robert Louis Stevenson
My rating: 3 of 5 stars

While this story was mostly fast-paced and exciting, it did drag a few times. Redeemed from its reputation as a boys' novel (maybe that's why I never read it as a child?) and now considered a classic, "Kidnapped" held my interest and inspired several Internet searches into Scottish history. My favorite characters were the supporting ones, especially the wicked and greedy Ebenezer Balfour, the wily Highland cardshark Cluny Macpherson and the Latin-quoting lawyer Mr. Rankeillor.

My favorite quote: “I have seen wicked men and fools, a great many of both; and I believe they both get paid in the end; but the fools first.”

The Hour of Peril

The Hour of Peril: The Secret Plot to Murder Lincoln Before the Civil War by Daniel Stashower
My rating: 4 of 5 stars

Suspenseful story about the Baltimore plot to assassinate President-Elect Lincoln on his way to inauguration in Washington in 1861. I was chewing my nails, even though I knew the outcome. That's good writing!

The famous detective Allan Pinkerton was hired by a railway executive to make sure his trains were safe, when he stumbled onto a plot to murder Lincoln. Kate Warne, the first female detective, was instrumental in helping Lincoln pass through Baltimore undetected by the assassins. I'll never listen to "Maryland, My Maryland" without thinking of how close our country came to a very different history in 1861.

Posted by tracy@womanonwire.com at 5:11 PM No comments: