How Does My Garden Grow?

I grew up with gardening. My dad was a suburban "gentleman farmer." I remember gingerly plucking fat tomato worms off the undersides of pungent tomato leaves. My dad kept a large coffee can that we dropped them in. I think it had something lethal in it, but I never asked. Kerosene? I didn't even like tomatoes as a kid, so I wasn't very interested in the battle against the invaders. It was just one of my chores.

When I finally had a yard of my own, I wanted to have a small garden. It would be my daughter's chance to pick off tomato worms soon. My husband fenced off a small area at the side of our house and I planted zucchini, tomatoes and some herbs. 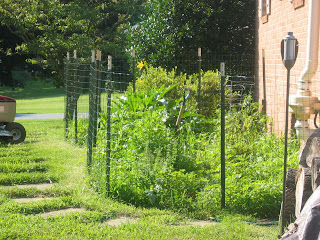 The weeds got out of control almost as fast as the zucchini. They attacked my garden tools and left me defenseless. 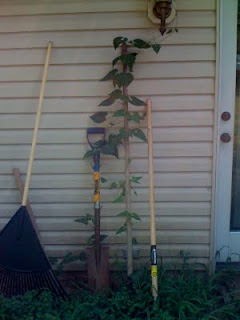 One neglected vegetable grew larger than my daughter. Unfortunately, I learned that these mega-zucchinis taste pretty awful. There is only so much shredded zucchini you can freeze before you start throwing them into the compost pile. 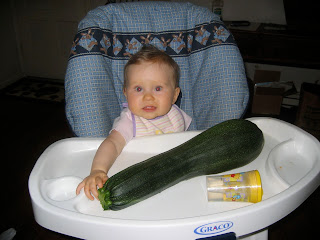 Our garden went on sabbatical. We tried container gardening on our deck. My tomatoes were bad and had to spend the summer in "time out." 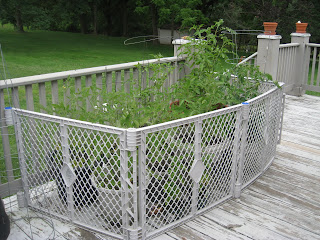 Several years later, I tried again and scaled back. I said, "No vegetables! Just flowers." We planted sunflowers and they nearly didn't make it. 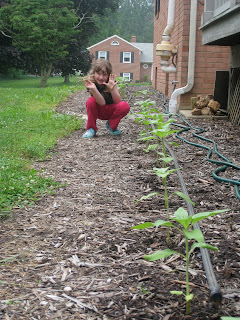 About half the plants survived multiple decapitations by our local deer herd. My husband put a wire fence around the survivors. Eventually, they grew taller than the deck railing. 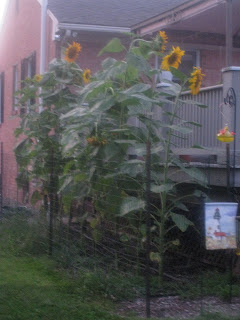 The next year, I thought we could try a vegetable-flower hybrid garden. A few sunflowers sprouted from  seeds from the previous year. We added a few tomatoes and one lonely zucchini plant. It still took over. 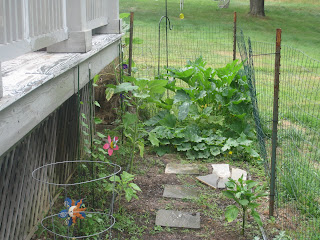 But, the highlight of the garden that year were the morning glories. 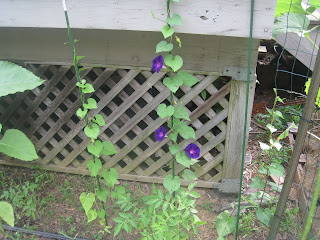 They started out slowly, but by summer's end they were glorious. 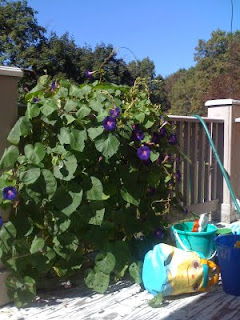 And, that's when we started to get really great vegetables, too. 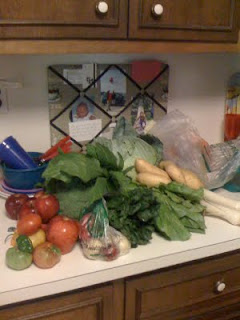 Not from the garden, though. They came from Sandy Spring CSA. Since I joined the CSA, I've never enjoyed gardening more. The pressure to fend off invaders and diseases has vanished. Our local clay soil isn't a problem, either. My garden can be fun this year. If things get eaten by bugs or smashed in a hailstorm, I won't fret.

After all my failed experiments, I really appreciate what a skilled gardener my dad was. He grew strawberries, oranges, grapefruit, asparagus, green beans, squash. He seemed to do it effortlessly. When you grow up with something, you think it must be easy to do. Ain't necessarily so.
Posted by tracy@womanonwire.com at 8:47 PM No comments:

When you homeschool your children, you are required by state law to keep a portfolio of each child's work. If you belong to an umbrella group (church or other group that oversees homeschoolers) they review your portfolio. If you homeschool independently, you have an annual review with a representative from your local board of education. 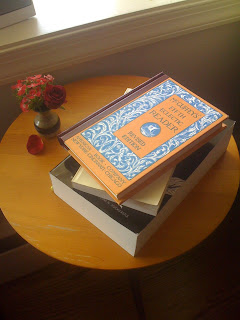 Mainly, the review is to ensure that you are instructing your children regularly and covering the subjects they would learn in public school. Pretty straightforward. It also gives the kids at least one day out of the the closet that you lock them in the rest of the year. (Sorry...homeschool joke...I really don't do that! Honest.) Lots of homeschoolers stress out about their portfolio reviews. It hits them in that tender spot called, "Am I giving my child a good education?" The nightmare scenario being something like, "Math? Oh no! I forgot to teach them math!" (This is akin to the more mainstream nightmare of showing up for a final exam or job interview without any clothes on, for you Freudians out there.) 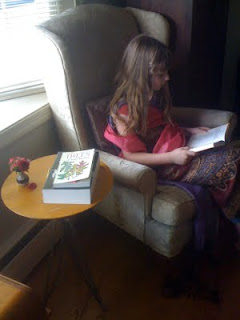 What I enjoy about the portfolio review process is you get a wonderful sense of accomplishment seeing a year's worth of work collected all in one place. You see your child's handwriting go from chicken-scrawl to neat, legible printing. Pictures from field trips months-gone-by remind you of the moment when your child first donned safety glasses and "excavated" a dinosaur fossil at the Science Center. The sheer volume of the 3-ring binder testifies to the daily work, discipline, and accomplishment of your child (and her teacher). "We did this!" And, it was mostly fun. 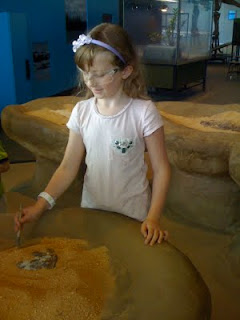 After the review we celebrated by going out to lunch at a favorite Mexican restaurant. For dessert, it was donut time! Sweet. My daughter selected the seasonal donut called "Royal Wedding" because it looked like another of her favorites, the Marble Frosted, only better because it was heart-shaped. However, she was disappointed to discover that it was filled with jelly (not her personal favorite). The look on her face has been captured for history. 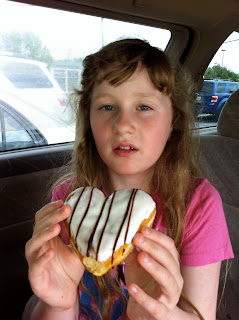 My son was happy with his donut choice and luckily we found another donut in the box that my daughter could eat, too. 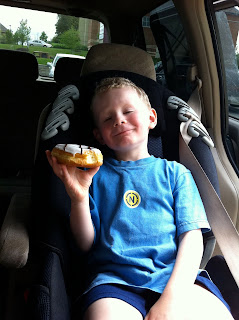 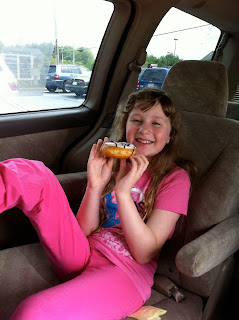 - Posted using BlogPress from my iPad
Posted by tracy@womanonwire.com at 7:16 PM No comments:

A Word To The Wise

If you want to get to use your new iPad, don't load the Beauty Princess dress-up app on it!

My 8 y.o. daughter has been busy fashionista-ing.

I can't get to my important Words HD game! This is serious.

Posted by tracy@womanonwire.com at 6:13 PM No comments:

We were heading home from some errands this morning when I overheard my daughter correcting her little brother in the back seat. He was going to make a tree. Sis told him you don't make trees you plant them. A line from Trees by Joyce Kilmer jumped into my head. I said to them, "Poems are made by fools like me, but only God can make a tree."

"How does it go?" I asked myself out loud. I pieced it together, but knew I was missing a line, somewhere toward the end. Had to look it up:

I told the kids I had learned that poem in elementary school. Of all the poems I learned, the two that have stayed with me are this one and Daffodils by Wordsworth. No epic poems for this girl. Keep them short and simple and preferably about nature.

Posted by tracy@womanonwire.com at 4:43 PM No comments:

My kids heard me talking about my slow recovery from this latest sickness with a friend on the phone this morning. They picked a bouquet and made me a card.

- Posted using BlogPress from my iPad
Posted by tracy@womanonwire.com at 2:54 PM No comments:

Our household is in the throes of sickness. We made it through winter without a major problem. Now that it's starting to look nice outside, we are wrapped in blankets, drinking lots of fluids, and watching Netflix programming for hours at a time. Usually, I'm a fan of Irony.


This forces me into Down Time, whether I like it or not. I'd probably like it more if my head didn't feel like a pressure cooker. My arsenal of medication sits in the kitchen.

My kids were sick first, so they are a little better off than my husband and me. But not much. We missed most of our activities last week and will probably pass on most for next week, considering how I'm feeling. This will be good for me to experience how things "manage" to go on without me, barely registering my absence.


One of the movies we watched this past week was Tron: Legacy. Flynn talks about removing yourself from the equation, in Zen terms. Sometimes, you get yourself removed, by an Immoveable Force. It accomplishes the same result.

And you get to have some tea.


- Posted using BlogPress from my iPad
Posted by tracy@womanonwire.com at 3:06 PM No comments: